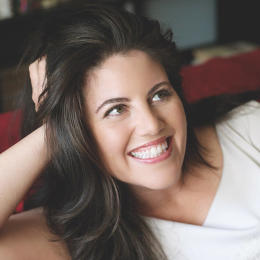 I have nothing but respect for Monica Lewinsky.

As the World Wide Web's "Patient Zero", she has suffered... felt pain... Cried, and died inside daily.  She has waited for exactly the right time and place...

She has taken up arms against haters and hatred, and perfectly played now the cards she got dealt.

The standing ovation Monica Lewinsky received at the Forbes' 30 Under 30 Summit in Philadelphia... some empathy, finally... The (finally) respectful hearing of things from her perspective -- the listening, versus insulting of her -- was fifteen years or so overdue.

I remember a disturbingly blunt and offensively direct hit on the Lewinsky debacle's whistleblower, that pot-calling-the-kettle-black backstabber, Linda Tripp...

Perhaps not a beauty queen, Miss Tripp wound up on the cover of one of New York's beloved rags, either the News or the Post, under the coffee-spitting headline, "It's Getting Ugly!"

To me, it's always been those three words, coupled with the unflattering head shot of Linda Tripp chosen to be plastered there on that front page beneath them, which was responsible for birthing, nay, shitting out, the "internet era", and foreshadowing our Rudest Generation to come.

The gum-smacking wisecrack of that tabloid headline -- the bestial boyish New Yorkese, at the public expense of a then unmarried, middle aged, childless woman, though somebody's daughter -- I will never forget;

the cheap, easy laugh I admittedly shared (hot coffee snorting out of both nostrils) with millions on that New York City, '90s morning never did sit well... and now, fifteen years later, looking back over the world's "timeline" since then -- of cruelty and inane and desperate cries for attention, feeding (or fed by?) a nation's cracked psyche -- the Before and After demarcation has not been more clear to me.

The world turns, though.  What goes around...

Today, more than fifteen years P.M., I'm no longer the only one publicly decrying an epidemic of Asshole.  Nor am I alone anymore in my appreciation of Monica Lewinsky, and tacit acknowledgment of our P.M. world's penchant for piling on and bullying, wolf pack overkill.

(not the photo poem)

In the "city that never sleeps", there are dozens of new and relatively (competitively) inexpensive hotels which have sprung up - off side streets, on beaten paths, occasionally right next door to each other (?) ... housing tourists and businesspeople who affordably, comfortably, happily sleep each night.

Off side streets, on beaten paths surrounding these hotel grounds, are less happy, less comfortable human beings.  Some are squirming ... some sleep; some are fake, but some desperate: loudly/quietly affording (afforded) nothing.

It's easy to take pictures and "share" their stories:  from the comfort of your kitchen ... bed, desk, home office ... Steaming coffee at hand, you stream what you wish folks to think of their lives.  But what you wish, or what's actually happened to them, matters nicht - the mistakes, missteps, hopes once, dashed dreams ... these aren't "inspiring";

and you propping up, prompting smiles for your smart phone ... encouraging the marginalized to relive their hopes once, their dashed dreams ... only steals from them dignities which might remain.

May things remain to be seen as they are, daily basis:  the struggling discomforts, the forgotten, discarded ... so that underlying problems become addressed.

"To most men the past is never yesterday, or five minutes ago, but distant, misty epochs some of which are glorious and others abominable." - Henry Miller


"Excuse me!" he whirled, on the airplane in flight, to the fat woman sitting behind him and armed to the teeth with a duty-free magazine.

The woman had rolled up that weapon and clocked him over the head with it ... because he'd had the temerity, in flight, to recline his seat into her overweight lap.

"Excuse me!" he whirled ... and the woman played dumb, trying proudly to play like she hadn't just done that.

I wonder where those two are right now?

I think of the 'ones who got away' sometimes ... those fleeting passengers through my life, who wouldn't have reason to think of me, but nonetheless made their impressions felt and registered on my akasha.

I think of the 'ones who got away' ... From the roadside café in Pennsylvania, that angry, long-legged bird with ripe plumage ... I spied her storming, arms crossed, smoking, stomping down the roadside, carless ...

Left my café booth to ride her.

Many years later, this hotel AV gig ... The "V" guy (I was doing "A") raced sloppily through his post-show chores, because, as he put it, "the wife" promised him "a little fun" if he managed to get home early that day.

I cried at the innocent beauty of life ... then went home to my own wife and "fun" of our own, as we fought about money and tore down our scene.

Growing up, on a ship, northern Michigan waters ... My little baseball cap blew off.  A fair-haired, red-nosed Minnesotan joined me hanging over the railing, waving my baseball cap bye-bye.  Her name was Dawn, that's all I know ...

I wonder where Dawn rises now?

Little League, early effort at teamwork ... I whacked that baseball almost out of the park.  Watched it sail, like Icarus, into the sun.  Then I chased it ... past first base and into the outfield.

I asked the coach which way to run ... What to do, if I ever hit a baseball.  Not believing, dismissing my foolish question -- because in Coach's athletically fit, trim mind, it couldn't be anything but foolishness -- he answered my dumb, yet sincere, ask with sarcasm.

"See that scoreboard?" he chewed and spit, and smiled sort of shittily.  "Ya run out there, climb up that fence and touch it!  Then run back to the dugout when you hit the ball."

... My dad watched, his heart sinking faster with each step my cleated feet took, charging and high-stepping out toward that scoreboard ... racing the ball I just whacked toward the sky.

I wonder whatever became of that coach guy?

With every year that passes by, the incidents, visages, in my mind's eye grow clearer, taking on lives of their own as my own life counts down toward an inevitable 9th inning ... beginning now, slowly, to stretch toward the 7th ...

I look back, slow motion sometimes, sometimes smiling, and think of the ones who got away.
Posted by Unknown at 12.10.14

The guy who's following me online, reached out via email last week and asked me (no doubt derisively) how in the world I can have 1600+ tweets but only 31 followers on Twitter?

He actually inserted three (3) question marks at the end, and capitalized the word 'how' ... Apparently needing to know, indeed, HOW I could possibly have more than 1600 tweets??? - but only a proportionately tiny handful of people giving a shit.

I told him -- my online "fan" -- that I wasn't doing this to be "liked"; that I had an agenda, and at the end of the day, I am and have been achieving my goals.  True, it seems I have more social networks online than actual "followers" ... and some of these networks are entirely useless.


Google my name now, the name, Jeff Glovsky.  What you "stumbleupon" today is 1000% times cleaner, more accurate a reflection, more truthful and balanced, than even six months ago.  Yes, I still suck in some quarters ... and in the fevered imaginings of the guy who bumped into me in New York a few weeks ago and hissed in my face, "you fucking scumbag" (This actually happened) ... in front of not only my family, but the Starbucks barrista I was trying to make eyes with!

Or a guy in Miami ... who never previously met me, but felt compelled when he did, after sussing me out from a photo somewhere, to make challenging, instigatory remarks to my face ... alternately and insultingly laughing in it with his girlfriend, as I picked up my dry cleaning one day with my wife.

Fortunately, such disgusting, and vaguely unhinged, public incidents are few and far between.  In the former example, I hope and pray this guy remains unarmed ... Is it any wonder my "tweets" are geschützt?!

Because I have photography and writing streaming on Twitter:  I have "allowed" the "app" to post on my behalf ... so whenever I do something on WordPress or Tumblr, it's automatically "shared" with that guy who's following me.

But why so few followers? 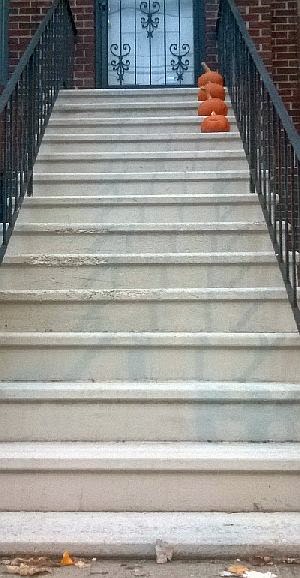 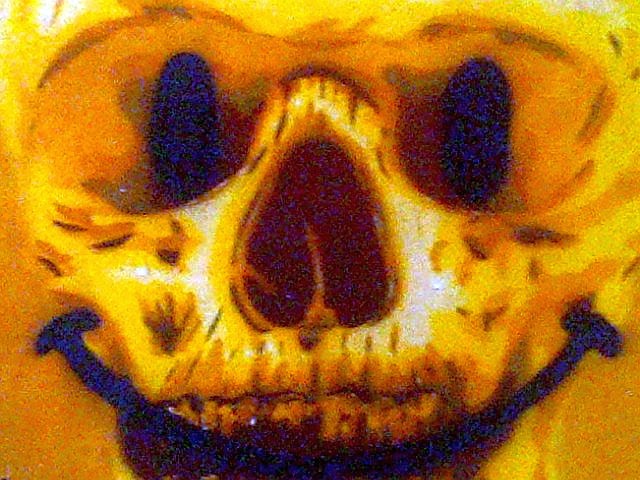 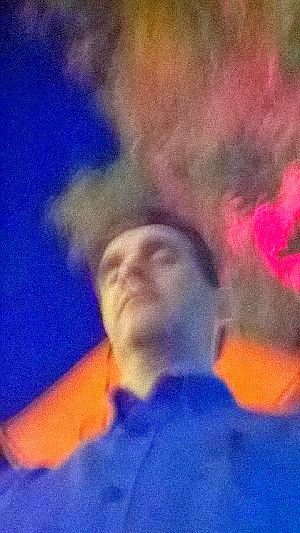