"(I)t's not pigmentation: it's a mentality and it's either going to work for you or it's going to work against you"
[italics added] - Pharrell Williams


On Monday night, the week of Thanksgiving 2014, America was praying to be thankful for justice in Ferguson, Missouri.  With the fair and legally rendered decision not to indict Michael Brown's killer, a police officer reacting to public nuisance, if not threat, but then tragically incited to kill in that line of duty ... justice was rendered.

The Grand Jury assembled in Clayton, Missouri -- to its immense credit and credit to all law-abiding communities of St. Loius County (and everywhere, for that matter) -- was able to separate fact from folklore ... actual circumstances from a breathless and toxic (social) media-whipped frenzy ... real life from hysterics and virulent fear(mongering).

Truth from hatred ... legal from racial ... common sense, in the end, from flawed logic and threats.
The truth is, this issue was never "racial".  It was intrinsically a matter of law and order, as endeavored to be enforced throughout the world:  Someone was causing trouble, someone called the police, the police showed up.

That the alleged troublemaker in this case happened to be black and his killer, the police officer, white, became relevant only when Michael Brown became killed by Darren Wilson.  Officer Wilson did not put on his badge that morning looking to kill someone (of any color).  He did not fire nervously, blindly without provocation.  This was no tragic "accident".  But it was also not an intended outcome.

As supported by evidence duly considered, Officer Wilson was doing his job:  first responding to a community's call ... then sidetracked by a threat, purportedly escalating beyond "perceived".

In America, the ability to see things as they are is no more.  It has been annilihated by an overreliance on lazy voyeurism and a nasty, judgmental susceptibility to (social) media manipulation.

Too often in America -- the Ferguson Grand Jury being a recent, and fortunately high profile, exception -- guilt, liability, blame and every worst-case scenario or behavioral motive is what's presumed ... not innocence first.

Bill Cosby, for example ... is a rapist now.  He IS a rapist, according to the prevailing winds of America's consciousness.  And whether or not the individuals, all pointedly with "nothing to gain" (except headlines and bylines, of course, and their names online, and/or a little more fame squeezed out of quarter hours) are corroborating in "exposing" a new flavor of Cosby ... A new "truth" wills out:  "Bill Cosby" no longer associated with Fat Albert, Temple University, Philadelphia, Jell-O, Dad sweaters, the '70s, the '80s, Saturday morning cartoons or Cliff Huxtable.

No, the New Cos is a "serial rapist" in the minds of millions ... likely now to be remembered that way, and associated these days with Spanish Fly.

... And bizarrely, curry.
Today, something like this gets taken seriously, at face value, with not even one person pointing out the context ... and that maybe, just maybe, a story about female David Letterman interns being "forced" to watch Bill Cosby eat curry backstage (lol?), no one saying a word ...

Of course, rape is not funny.  The allegations against Bill Cosby are serious ... and may in fact not be just another day in the bullying internet's mob mentality.

Racism is also not a joke.  Nor killing.  Nor racial (incitement to) violence ... nor the perpetuation of inequality through misinformation, opinion overriding fact and loud and "viral" calls to arms.

"A riot is the language of the unheard.  Riots are self-defeating and socially destructive."
- Martin Luther King, Jr. 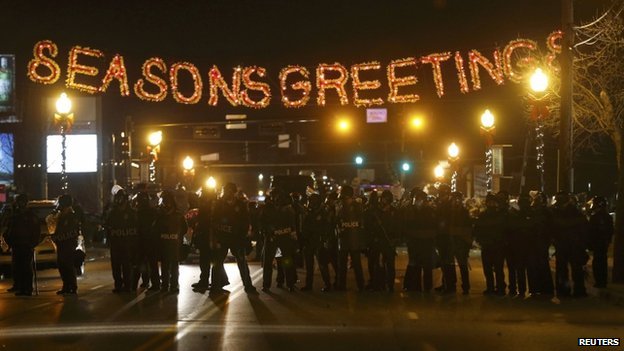 Back in the day, on early stages, he would regale groovy audiences with tales of making girls like "Crazy Mary" go, "lhaaaahhhh", by slipping them some Spanish Fly.

Psychologically speaking, in that 3-minute comedy bit, are an analyst's wet dream ... a cornucopia of clues to the planting of seeds, and behaviors formed.

(He) has done this before.  In the past, he has probably even got some; like a dog that's been trained, poor cat just keeps on sniffing ...

No one else back then, back in the "innocent" yet heady days of drug overuse and casual sex, and the anecdotal public airings of pecadilloes by certain "underground", counter-culture and/or simply "Youth", as opposed to "Establishment" (established), voices ... was doing bits about Spanish Fly:  an alleged aphrodisiac, ancient Molly, if you will, which used to be advertised in the back of the "men's magazines" I would furtively jerk to ... but sadly, can actually lead to meloid poisoning, among other unpleasantness, in both women and men.

Still, some twenty years after the routine debuted, there was Bill Cosby again, baring soul and airing laundry, in the guise of publicity for his 1991 book, "Childhood".  Transcript from an interview with Larry King:

BILL COSBY: Spanish Fly was the thing that all boys from age 11 on up to death — We will still be searching for Spanish Fly.

COSBY: And what was the old- The old story was, if you took a little drop — It was on the head of a-

KING: That’s right. Drop it in her Coca-cola — It don’t matter.

COSBY: It doesn’t make any difference. And the girl would drink it and-

KING: And she’s yours (emphasis mine).

If liquor's indeed quicker, as I've sometimes known it is ...

Writers write about what they know.  The basis of comedy is reality; there's truth in humor.

Bill Cosby knew.  And maybe he's been trying to let us know ... about patterns established.

November Nods (October Acknowledgements) out to ...

tkwyoung, for amping up the visibility of "From Medium to Middling" and helping me get my point across (and thanks to the 10 (so far) who seem to agree, by recommending the piece):  simply put, that Medium (not the TV show), a once vibrant and valuable visibility platform -- a writer's wet dream, if you will, affording easy exposure to readers of quality -- is not what it once was.

Still, I enjoy the simplicity of posting to Medium.  Although work of mine may very well, literally, languish unread there ... it only takes one astute Collection editor to snatch up the orphan ...

So thanks to @JustThinkingNow for taking in "Still Relevance" - a (relevant) Monica Lewinsky piece, originally posted here on blogspot.

Finally, thanks to Guilhem Ribart, Daniel P.K. Ng and AlmostFreeNYC for noticing, a lot, last month.

*Plus a special shout this time around, out to long-time Photos by Jglo appreciator, Sawa Minori! ty :)

My friend Mike, whom I've known for more than forty years ( ...! ), is a history buff, and a dedicated nostalgic when it comes to shared memories and our personal histories.  I can always count on Mike, whenever we have any occasion to catch up (which is not nearly as often or enough as it should be), to remind me of some tidbit from not only our childhoods growing up together, but also my own experiential Akasha ... which should never have become wiped away in the first place.

I thought of Mike the other day when I 'stumbledupon' something I forgot even existed:  "(Mostly) Unpublished writings by New York City author, poseur, poet and flâneur" ... JgNYC.

If you click there, you will enter a world of gamely attempted, lame stits and farts, before Twitter or Facebook ... before even LinkedIn!  My first post, an early slice of Slice / Life, dated April 28th, 2003 ... Apparently, LinkedIn launched that May.


And then I found, resurfacing from the bowels of the deep web, one of the first online formats which granted me publication - an until now MIA zine called Strawberry Press ... which, with Underground Voices and Thieves Jargon, cut my teeth;

then, circling back to my giant, small steps into the early, first "blogosphere" -- that abandoned single page of posts on jglovsky.blogspot.com -- I became further reminded that I was, and still am (if I can find the password!!), a proud member of Zoetrope ("one of the first uses of social networking on the internet") ... a virtual writers' workshop sponsored by All-Story.

Who knew??  Who could remember any of this, when work and life demanded attention and the past four years, especially, have been starting over?

While starting to weep now, I'm actually happy:  to have come across these footprints from a more recent past ... clinging as I tend to, to my longer ago, Gen X sense of self, and the spirit that still haunts those streets and footsteps ...

I don’t care if I have Ebola, I’m riding my damn bike. - "Kaci Hickox"

When I was back there in seminary school ... there was a guy who used to get bogged down in expressing himself.  Huge sports fan, he was also (like me) a theater geek - and (also like me) used to write and direct things, and strut around like Fellini.

But when it came to expressing himself in public, when not dismissively, almost disdainfully, breaking off sentences to snort in bemusement ... M.D. would flounder for words, often babbling, repeating himself.

To be clear (and fair to the guy), I also have trouble getting sentences spoken in public to make sense ... Sometimes, getting them out of my mouth is a challenge!  Being a writer, I tend to overthink speech:  when speaking, I sometimes wrestle with adjectives ... synonyms, adverbs, metaphors, "flow" ... the same way I do as I when I'm writing.

The difference is that writing, no one's listening to me.  The exercise is done in private, the sweat and the grunting remain offstage.  The only thing a reader "hears" of my written words and stories is the result, not the process.

When speaking, I can sound retarded.  Confused, marble-mouthed (... and I mean no offense whatsoever to people with marbles in their mouths!) ...

Anyway, M.D. from F.U., I suspect, used to struggle similarly.  A fellow wordsmith ... but he also used to get into these paroxysms of frustration over events that he felt he couldn't control.  There was Chernobyl ... Black Monday ... Tiananmen Square and the Hillsborough soccer disaster in England (probably the most frustrating of all to him ... big nutty sports fan that I knew him to be back then).

Then locally, on at least one occasion ... I remember him during a meeting of our relatively small theater department -- convened specifically to address something or other which mattered then -- and M.D. literally sputtering, repeating, "All of the ... BULLSHIT ... has to stop!  We can't continue with this ... BULLSHIT.

"What are you referring to?" he was patiently asked.

Our poet laureate emerged from that, somehow, with a new patina of respect ... as rather than being mocked, he received backslaps, handshakes and commiserations after the meeting ... not to mention going home with my girlfriend that night!

It dawned on me then that by speaking up, be(com)ing a voice, no matter how eloquent (or not) your message ... you will be heard.


I've also come to understand all too well the immediate power and limitless reach of the World Wide Web ... a potentially devastating power and overreach, which is only now beginning to be recognized and kept in check:  lids are being placed back on steaming kettles, masks ripped off and new gates erected ...  not at all "ending" Freedom of Speech, but rather, returning to civil discourse.

So instead of weighing in more than I already have about the stricken "Hero" Without Sense, Dr. Craig Spencer, and pulling punches entirely on the obnoxious and causelessly rebellious Nurse Kaci Hickox, I'll instead put forth the proposition that Shoshana Roberts has a fine ass ...

Shoshana Roberts has a fine ass.

Shoshana Roberts has a fine ass.